by Ray Gonzalez, Contributed The Guadalupe Cultural Arts Center (GCAC) in San Antonio, Texas, is the largest community-based Chicano institution in theUnited States, dedicated to thedevelopment and presentation of traditional and contemporary Mexican American cultural arts. Its programs in literature, music, visual arts, film, and theater have brought the Guadalupe in­ternational acclaim as well as […]

Southwest network fights pollution by Joe Navarro ALBUQUERQUE,  NM.- Activists gathered here from throughout the Southwest to form a net­work to fight for environmental issues that affect low-income and minority communities. The April 7-8 conference, organized by the Southwest Organizing Project (SWOP), drew over 60 Chicanos, American Indians, and African Amer­icans from New Mexico, Texas, […]

Contributed As we celebrate Cinco de Mayo, we should reflect not only on the past, but also on the future. Latinos are entering a new decade, a time of great promise and challenge. Since 1980, the Latino population in the U.S. has grown five times faster than the rest of the country, to over 20 million. […]

Chicano/Latino students reaffirm commitment to fight for a better life for Raza by Lucky Gutierrez, Contributed SAN JOSE, CALIF. — “Don’t ever let anyone tell you that the move­ment is dead, or a radical thing. It is us, all of us here today, along with all Raza who work for a better life and society,” […] 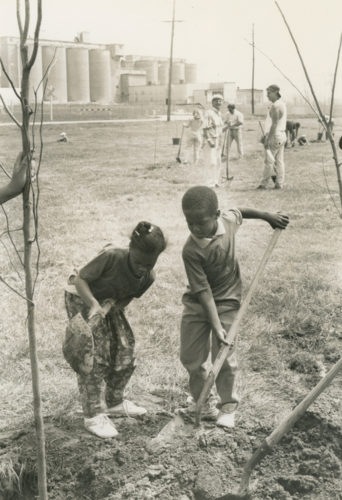 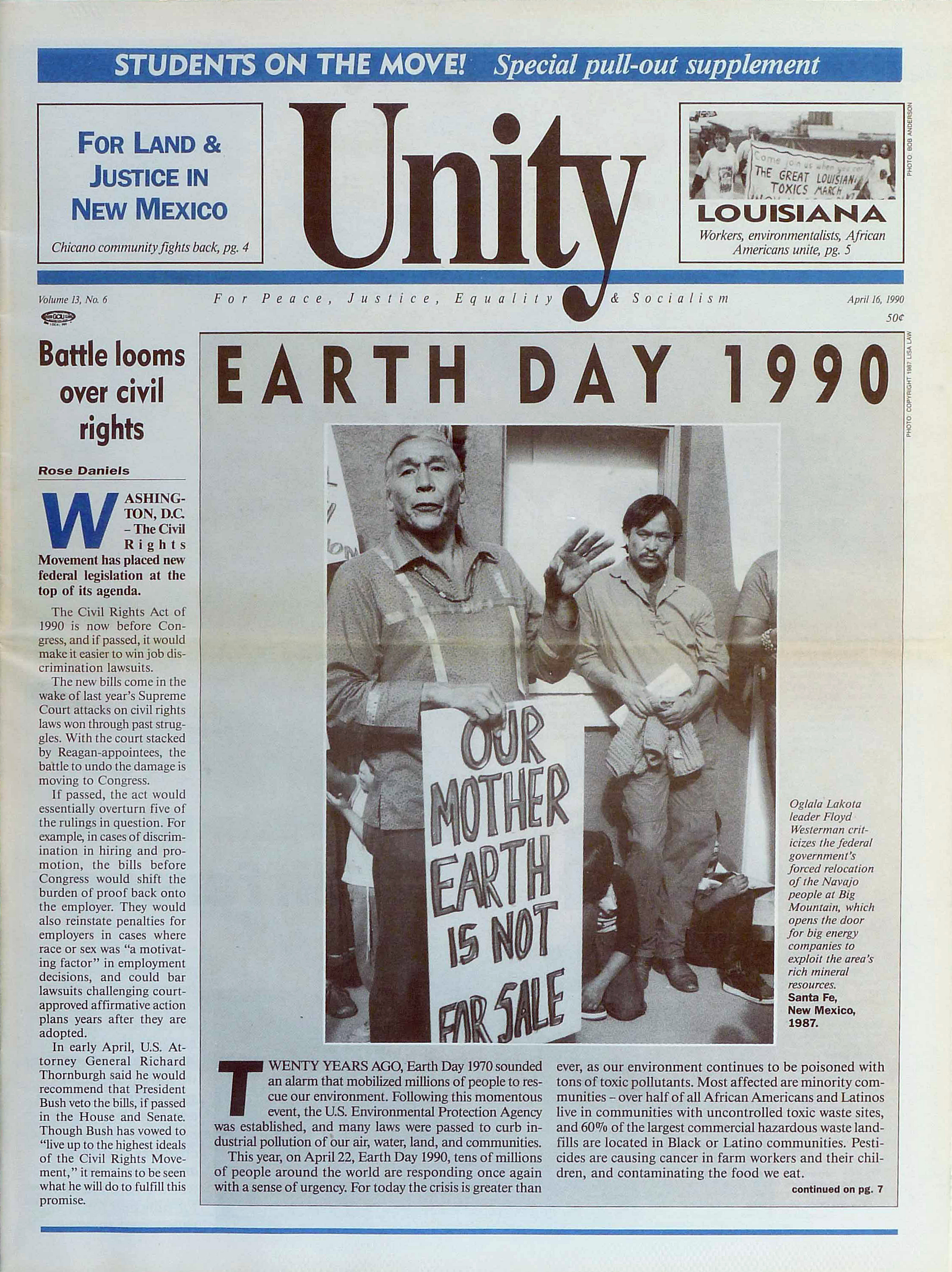 Along the lower Mississippi

A roundtable Unity interview in San Francisco, California SAN FRANCISCO – The mail moves 24 hours a day. In postal facilities across the U.S., thousands of workers — many of them single parents or with young children — work evening and graveyard shifts. Needless to say, child care is often impossible to come by. Five […] 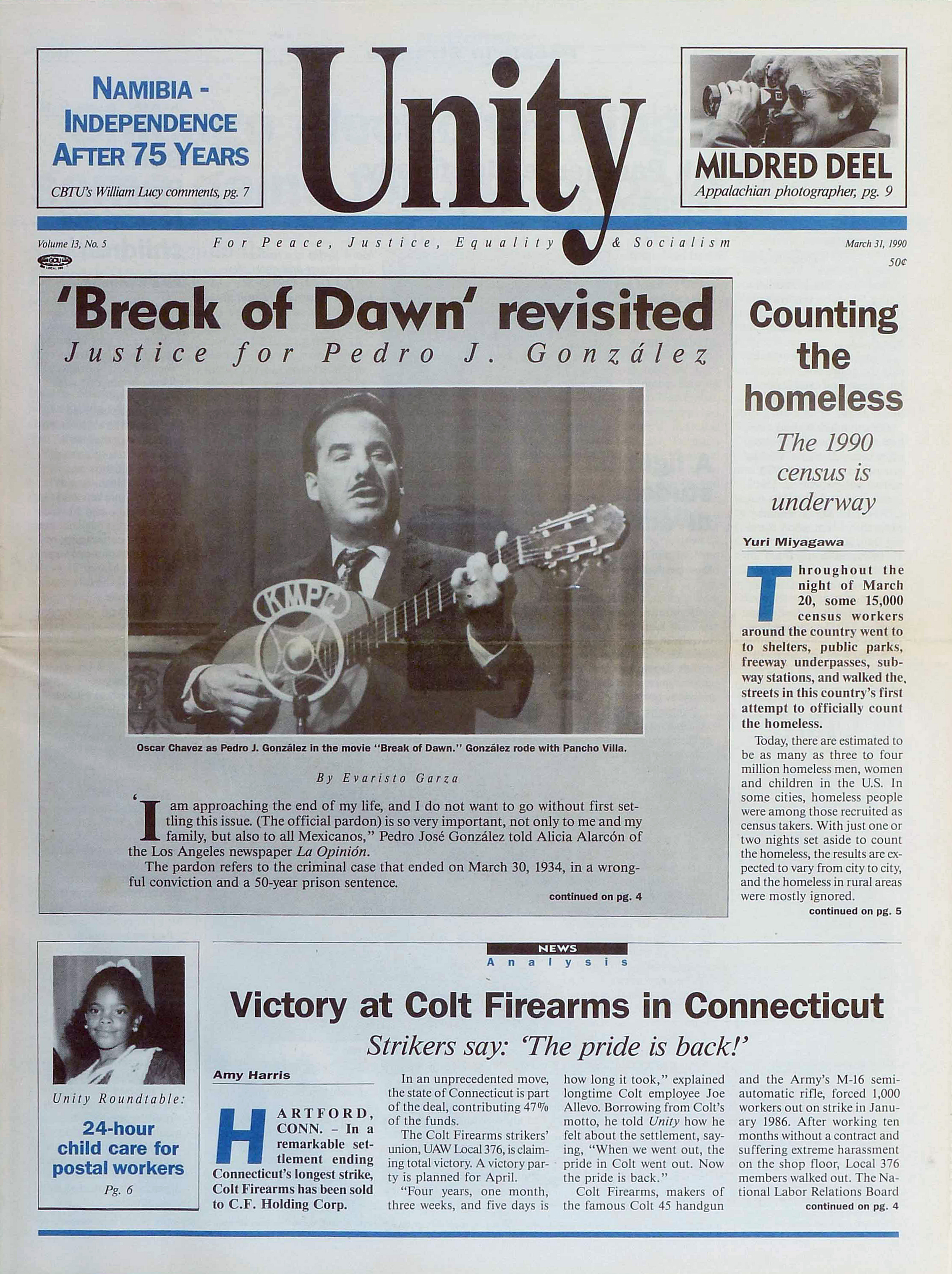 by Evaristo Garza “I am approaching the end of my life, and I do not want to go without first set­tling this issue. (The official pardon) is so very important, not only to me and my family, but also to all Mexicanos,” Pedro Jose Gonzalez told Alicia Alarcon of the Los Angeles newspaper La Opinion. […]