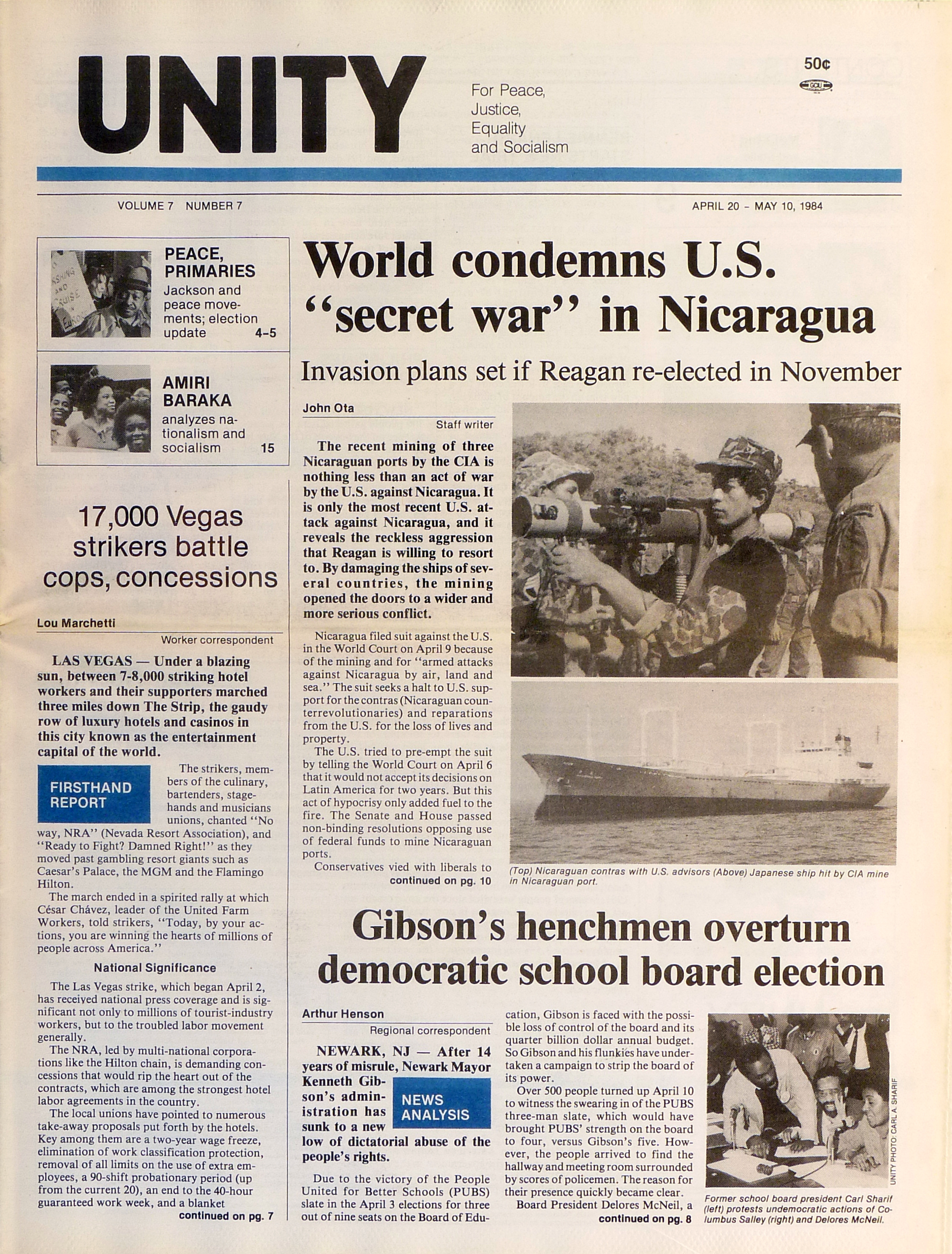 April 20,1984  – UNITY Commentary – A MARXIST-LENINIST VIEW Excerpts from Nationalism, Self-determination and Socialist Revolution The question of Self-Determination is a question of * the extension of all around democracy to all nations; it is not Marxists winking at nationalism. Marxists oppose nationalism, a bourgeois ideology which promotes the privilege, primacy and exclusiveness of the nation. […]

UNITY CULTURE SECTION – APRIL 20, 1984 LANIE POO HER LIFE HER DEATH OUR WORLD!!! “Remember Kimako let me tell you about my gentle quiet sister, the dancer, the actress, the black woman, her name was Kimako, something blessed and wonderful.” Kimako Baraka was killed January 31, 1984, in a senseless attack by a man whose madness and brutality […] 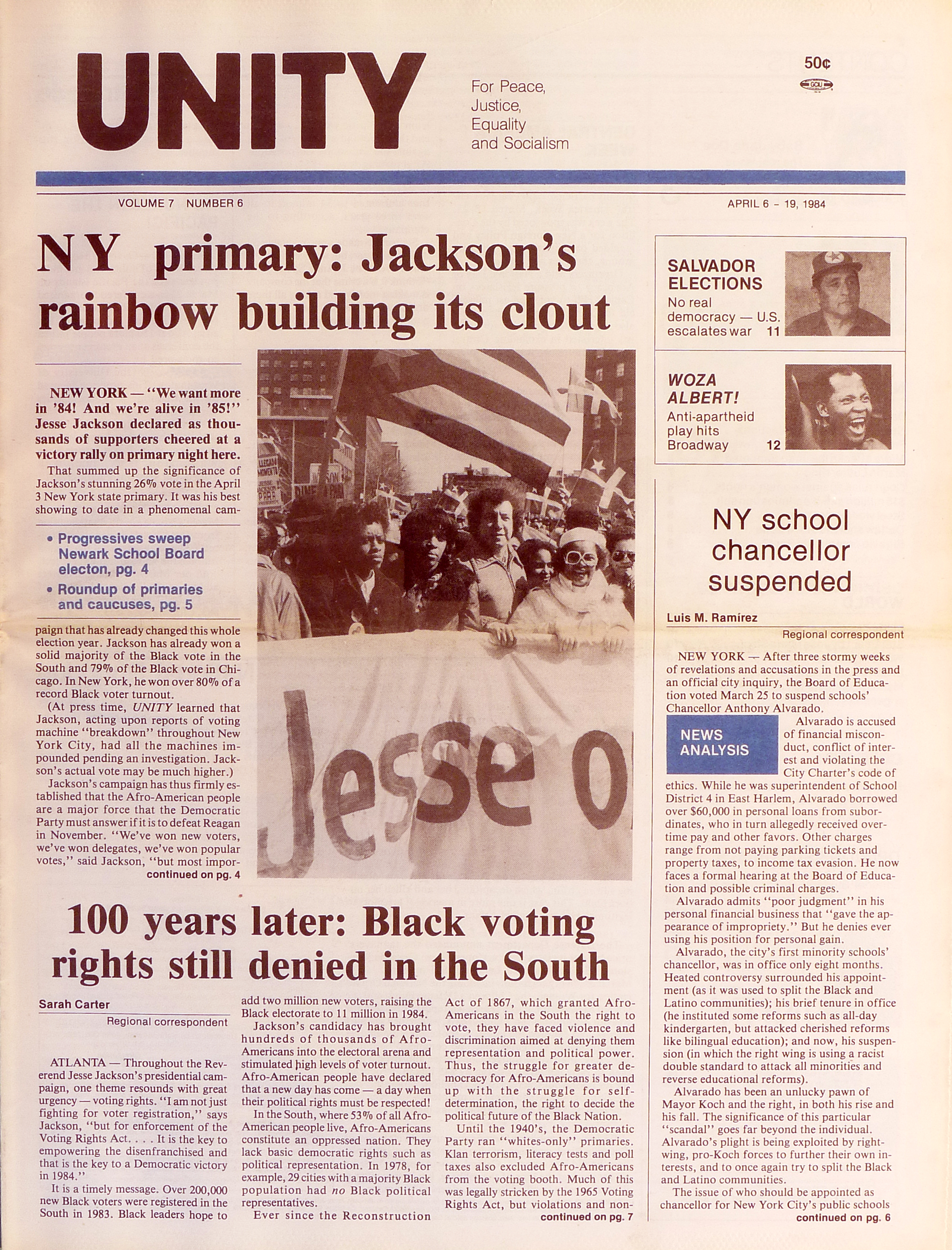 Black women in AFSCME win settlement in Chicago Mary Hart, Contributed CHICAGO — More than 700 Black welfare case workers received the first installment from Cook County of a $15 million back pay award from a racial discrimination suit. Since 1973, the Black women fought in court against the dis- criminatory hiring practices of the […]

Mike Johnston Contributed STOCKTON, CA — It is clear at a glance how most of this town’s 170,000 people earn their living. Fields and orchards surround the city, dotted with pesticide and fertilizer plants and huge food processing plants. Stores and restaurants bearing Spanish names line the streets. In the summer, the colorful plastic hard […] 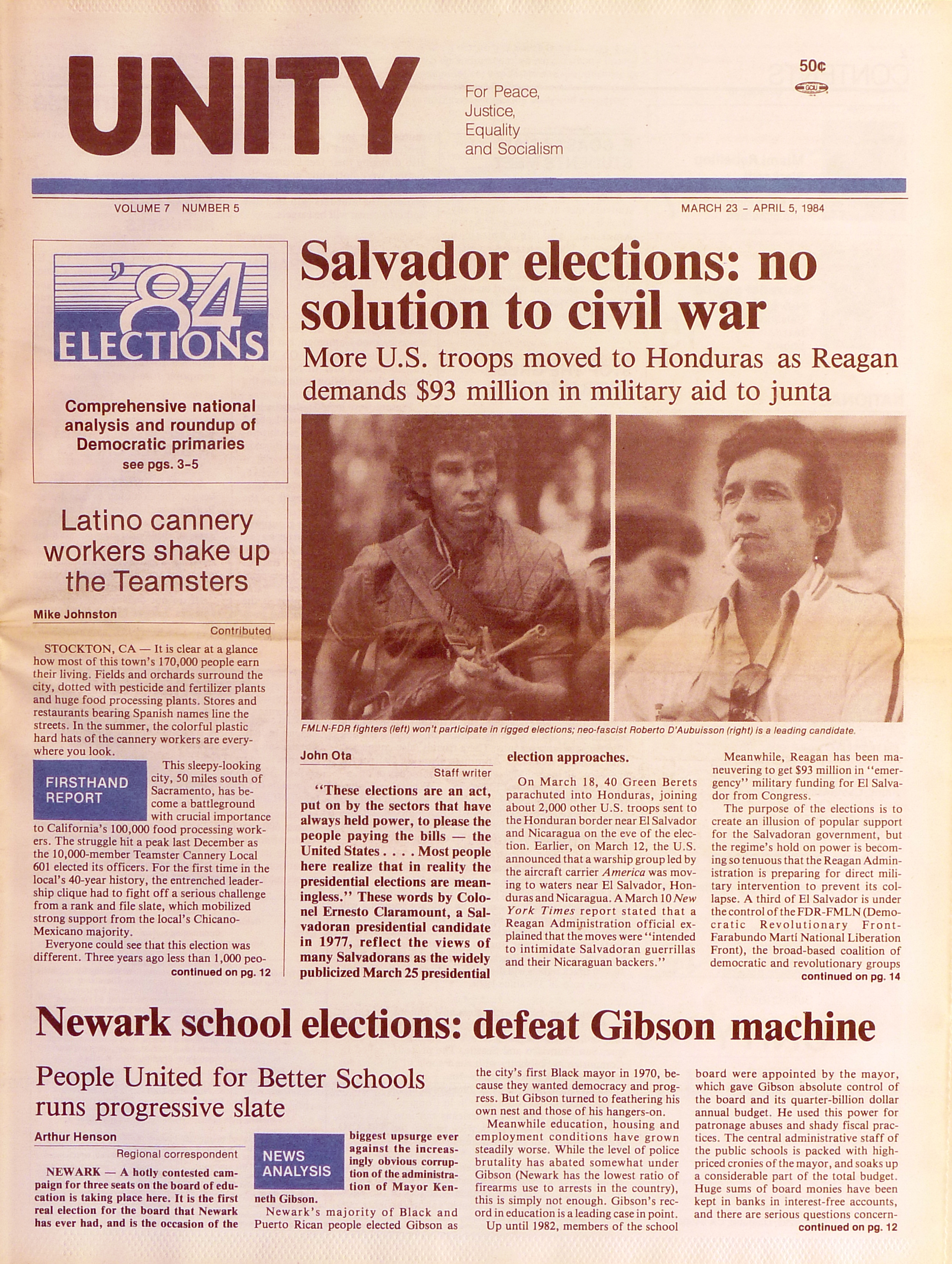