MEXICO CITY — Unity interviewed Cuauhtémoc Cárdenas here in late December. Not since his father was president in the 1930s has Mexico seen a mass mobilization like the one that took Cárdenas of the National Democratic Front (FDN) to the doors of the presidential palace last July.

But in December, it was the ruling Institutional Revolutionary Party (PRI) candidate, Carlos Salinas de Gortari, who took office through massive electoral fraud. However, Salinas takes office at a time of runaway foreign debt and long-ignored social problems that few believe he will be able to solve. 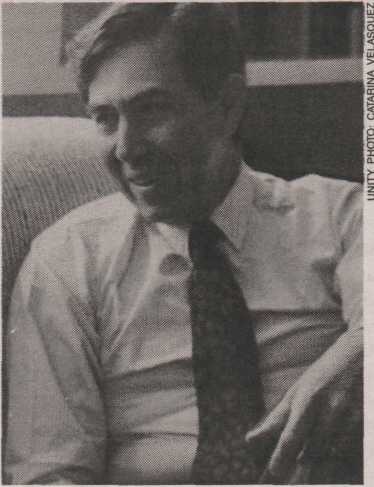 At the same time, Cárdenas and the Mexican people continue their fight for democracy. In the next few months, a new mass-based party will enter Mexican politics — the Party of the Democratic Revolution (PRD). Led by Cárdenas, it will continue to work within the FDN coalition. Its strength will surely be felt in the 14 states where elections will be held this year.

Q: What is the new Party of the Democratic Revolution?

A: lt is a party representing democracy and the great demands of our people and nation. The PRD has set as its goals the creation of a democratic society in political, economic and social terms; fair distribution of the wealth; support for the expansion of Mexico’s cultures; and international cooperation based upon equality.

The PRD includes groups with very different political origins and positions, but we have agreed on these common principles. That might make it something like Jesse Jackson’s Rainbow Coalition.

Q: What will be the focus of the PRD’s work?

A:  Our current struggle is to restore legitimacy to our government. We feel that Carlos Salinas de Gortari does not have the support of an electoral majority, and was declared president in violation of the law. It will take a lot of pressure to force the government to democratize the electoral system and end electoral fraud. Already, a vast movement has formed around these demands.

We will continue to work as part of the FDN to strengthen its organization, on both the national and state levels. As a party, we must build more strength in the big cities and small towns, and our groups in the unions must grow. We will engage in every kind of legal action — elections, mobilizations, and demonstrations — to build a party of the majority. We think that in a short time, we will become a majority, not only because we will win elections — we think we won the past elections — but because we will also be able to defend the positions we will win.

Q: The FDN has proposed new presidential elections take place. What are the prospects?

A: To have a new election will depend very much on how we grow as an organization, as a force, on how we change the relation of political forces. We have found a very extensive dissatisfaction of the Mexican people in relation to economic policies and to the lack of democracy in our country. I think the economic and political situation will evolve so a new election will have to be called to overcome the political crisis, but it will have to be held under different electoral laws.

Q: How would you reform the electoral system?

A: First, there should be assurance that the vote in the 14 state elections to be held in 1989 will be respected. Second, our electoral legislation should be changed so that the parties cannot use funds other than those sanctioned by law. Thirdly, on the different federal and local electoral commissions, there should be equal representation from the different parties — not how it is now, with an absolute majority from the official party. We must also change our laws so that Mexican citizens who are in foreign countries can vote. This is a very important reform.

Q: How should Mexico handle its $105 billion foreign debt?

A: We think that our priority is economic growth and improvement of social conditions, not to continue servicing the debt. We must seek a reduction of the debt and interest to have the necessary resources to invest in growth. Reducing the debt by 50-60% would allow our economy to grow by perhaps 4% per year.

Q: What’s your view of the new U.S. immigration law?

A: This is not only a problem of migration. In Mexico, it should also be viewed as a problem of development. We should try to carry on different programs and projects in the backward regions where people migrate to the U.S.

The law has the effect of making labor cheaper in the U.S. If Mexican immigrant workers get paid much less than American workers, American workers’ wages will also go down. Several business groups in the U.S. are interested in having this supply of cheap labor. But the impact of the law itself depends on what the U.S. will do to enforce it.

I think the Mexican government should much more actively defend the labor and civil rights of Mexican workers in the U.S. They could give legal and educational assistance, and work with the Mexican American organizations that help Mexican workers and immigrants there. They could also develop more active cultural programs among Mexicans in the U.S.