The Third International Book Fair of Radical Black and Third World Books held April 1-8 in London, England, was a very important event in terms of the continuing attempt to build an international activist consciousness around a “radical black and third world” agenda.

The leading force behind the book fair and indeed in consolidating this consciousness is based in London’s growing and militant West Indian, African and Asian communities, but rooted dynamically in Black Brixton, the scene of the great rebellion four years ago which shocked the stiff upper lipped British bourgeoisie and sent a message to the world that a new consciousness had come to exist on the Britannia’s shores.

It is this factor that is the most important to the recent development of higher political consciousness and the consequent artistic upsurge which always follows and reflects or accompanies the political upheaval. Race Today is the battle flag of this political and artistic renaissance in England. Race Today is a magazine edited very skillfully by Darcus Howe, a Trinidadian by birth but like so many other “Black Britons” struggling to make the urban twists of the white racist “mother country” his home.

This kind of event is just what the U.S. needs

Howe, along with poet, Linton Kwesi Johnson, is the heart of the publication and the publication is the organ of the political collective also called Race Today. It is Race Today which was the catalyst for the book fair and indeed the soul of the Black movement in England today!

The theme this year was “1984 and after,” a critically relevant theme in light of the Reagan-led imperialist surge to the right, fascism and world war. This theme came out of the second book fair and a pioneering seminar “Resurgence or Barbarism.” The second book fair attracted 150 publishers from Africa, the Carib-beant North America, Asia and Europe. Bogle L’Overture publications, New Beacon Books and Race Today are the pioneers in radical Black book and magazine publishing.

New Beacon’s John LaRose, who was once general secretary of the West Indian Independence Party in Trinidad was another member of the organizing committee. LaRose is one of the definitive “movers and shakers” behind the whole Radical Black, Third World and Progressive political cultural movement in England. He is a well-known poet and essayist. Jessica and Eric Huntley, co-founders of Bogle L’Overture were also important members of the organizing committee along with Sara White, co-founder of New Beacon and Leila Hassan, assistant editor of Race Today.

The program held during the book fair demonstrates the high political consciousness and militant organizational direction of the conference’s founders. A few of the events that stood out among an impressive and activist oriented program were an international poetry reading called “Three Voices of Our Times” featuring Amiri Baraka (USA), Edward Kamau Brath-waite (Jamaica) and Linton Kwesi Johnson (Jamaica and Great Britain). Muta-baruka, the rasta dub poet spontaneously sat in as well.

A forum entitled “Radical Black and Third World Theatre” with Kenya’s revolutionary Marxist writer Ngugi’ wa Thiong’o and Race Today artistic editor Akua Rugg, raised sharp controversy. “1984 and after” which had Howe as moderator and Baraka as one of the panelists brought the realities of class struggle sharply into the light. C.L.R. James was supposed to be one participant but sent regrets (he is Howe’s uncle and was featured with E.P. Thompson in a film shown called Talking History).

Tim Hector, chairman of the Antiqua Caribbean Liberation Movement could not attend but David Abdullah, treasurer, education and research officer of the powerful Trinidadian Oilfield Workers trade union was present and made a series of deeply incisive analyses of Trinidadian and Caribbean society and the ongoing and intensifying upheaval around neocolonialism and imperialism. Don Rojas, Maurice Bishop’s press secretary presently living in Canada, helped heighten the outrage around the U.S. invasion of Grenada.

One of the most conscious of African American musicians, pianist, Randy Weston, provided a thrilling, artistically powerful and politically revolutionary benediction for the session.

These kinds of international events are exactly what the advanced political community in the U.S. needs, particularly from a more active revolutionary cultural perspective. 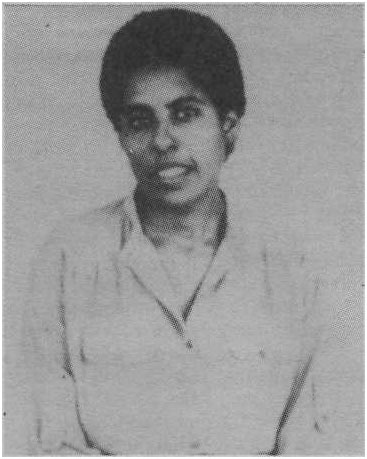 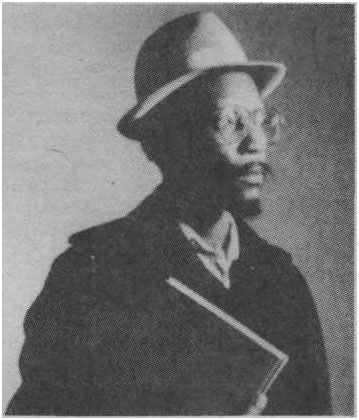