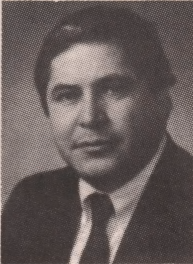 Denver. CO–An Arizona law that prohibits foreign languages from being used in government busi­ness was ruled unconstitutional last month by a U.S. district court judge, who said it violates the First Amend­ment right of free speech.

Judge Paul Rosenblatt ruled that Arizona’s official English law, which prohibits the use of foreign languages in official government action, would “force governmental officers and em­ployees … to either violate their sworn oaths to obey the state constitution, and thereby subject themselves to po­tential sanctions and private suits, or to curtail free speech rights.” Judge Rosenblatt said it could inhibit legis­lators from talking to their constituents or judges from performing marriages in languages other than English.

The lawsuit was brought forward by Maria-Kelly Yniguez, a state insurance claims manager, who decided that speaking Spanish to claimants would put her in jeopardy. She joined in the lawsuit by a good friend of mine, Senator Jaime Gutierrez, a Democrat from Tucson. I talked with Senator Gutier­rez and he told me that he joined in the lawsuit because part of his district is made up of Spanish-speaking consti­tuents, and the law could block him from communicating effectively with them.

The Arizona “English-only” law barely passed by a vote of 580,830 to 569,993 in the state’s general election in 1988. The law changed the state con­stitution to designate English as the state’s official language and imposed sharp limits on use of other languages in state and government affairs. Gutierrez praised Judge Rosenblatt, a  Reagan appointee from the very con­servative Yarapai County of Arizona, for the courage he demonstrated in striking down the measure.

Another friend. Representative Ar­mando Ruiz, a southeast Phoenix Democrat, also expressed satisfaction about the defeat of the “English-only” law. Representative Ruiz led the group that fought the voter-approved amend­ment to the state’s constitution. Ruiz said, “English-only is dead. Freedom of speech is again the law of the land. ” He added, “It maintains what we ar­gued from the beginning, that it did violate rights of free speech.”

Martha Jimenez, staff member of the Mexican American Legal Defense and Educational Fund (MALDEF), shared with me a series of major prob­lems that the “English-only” move­ment has caused in other states.

For example, in the San Gabriel Val­ley of California, communities like Monterey Park have had an influx of Chinese and other Asian immigrants, and there have been repeated ordinances in­troduced to ban commercial businesses from using signs in languages other and than English. Imagine the English-only movement being afraid of restaurants advertising Egg Fu Young in Chinese.

Jimenez also pointed out that there have been similar troubles in the work­place: a supermarket cashier in Miami was suspended by his supervisor “for speaking Spanish” on the job when she asked a fellow employee “donde Jorge?” A student employee at an Ari­zona community college said a security guard warned him not to speak Span­ish during his lunch break. Filipino hospital workers in Pomona, Califor­nia, said they had been told not to speak their native language of Tagalog during their lunch break.

In Suffolk County in New York, residents of that com­munity were denied police protec­tion because they requested assis­tance in Spanish. In Tucson, Arizona, an employee of a Pepsi-Cola bottling plant lost a job after 15 years-because, according to a new supervisor, his En­glish was not good enough.

Ms. Jimenez stated that MALDEF has won many cases like these, but the organization’s resources are being stretched by this type of litigation. Per­haps the most outrageous example has taken place in Texas, a state that has not even passed an “English-only” law. Just the fact that the law was being discussed prompted the School Board in Tornillo, Texas, to pass a resolution urging parents to punish their children if they spoke Spanish at home. This type of resolution was similar to ac­tions taken against some of our par­ents, who had their mouths washed out with soap if they spoke Spanish on the school yard back in the 1930’s.

The Arizona decision is clearly a set­back to the organization called U.S. English, whose stated goal is to change the U.S. Constitution to require “En­glish-only” in federal, state, and local government business. John Tanton, the organization’s founder, and his 350,000 followers have been successful in pass­ing “English-only” laws in 16 states. This is their first major defeat. Col­orado and Florida passed similar laws last year after much heated debate.

Tanton is also the founder of an or­ganization called the Federation of American Immigration Reform (FAIR), and his friend and colleague, former Governor Richard D. Lamm, helped push the Immigration Control and Reform Act of 1988 that has proven to discriminate against Hispanic appli­cants for employment. Both the En­glish-only movement and the Immi­gration Reform Movement are two similar movements aimed at creating hysteria against Hispanics in this coun­try. They are both based on the theory that by punishing individuals and employers,  the United States can put a halt to immigration from Mexico, Central and Latin America.

The problem with this philosophy is that it is shortsighted and is undercut­ting the competitiveness of our young­er generation, at a time when we should be encouraging our youth to be more competitive educationally. For exam­ple, the very day that Judge Rosenblatt struck down the “English-only” law in Arizona, the U.S. Department of Edu­cation issued a report which demon­strated our youth’s lack of global per­spective. The report, titled “Nation’s Report Card,” surveyed 3,030 students. It showed that high school seniors don’t know much about geography, and most would flunk it if given a test.

Is is any surprise that we are losing our competitive edge around the world when Japanese students know more about our country than our children know about our nation? Or is it sur­prising that European children have an edge over our children, when they can speak two or three languages, and some people in our country are urging our children to speak English only?

If we are going to have a strong and vital nation, we are going to have to return to the concept of respect for the pluralistic nature of our country. The court in Arizona was merely reaffirm­ing the fact that the American Dream of life, liberty, and the pursuit of hap­piness is not dreamt in English only.

Richard Castro is the Executive Direc­tor of the Agency for Human Rights and Community Relations in Denver, Colorado.