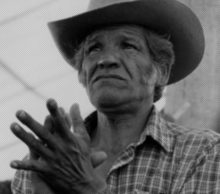 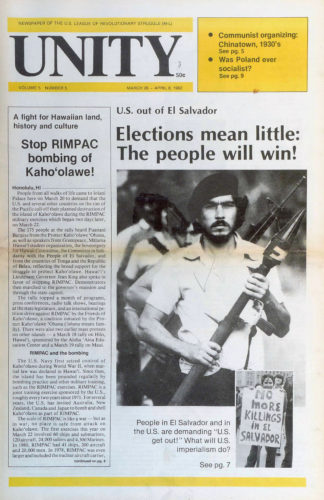 Organizing Chinatown in the 1930’s

OPPRESSED NATIONALITIES (Translated from Chinese) Mr. Ja Chong was one of many revolutionaries who organized among Chinese workers in the 1930’s. Today, he is an adviser to the Guandong Investment Company in the People’s Republic of China. He visited the United States upon the invitation of the Chinese American Association of Commerce last fall. With the […]

A fight for Hawaiian land, history and culture Honolulu, HI– People from all walks of life came to Iolani Palace here on March 20 to demand that the U.S. and several other countries on the rim of the Pacific call off their planned destruction of the island of Kaho‘olawe during the RIMPAC military exercises which […]