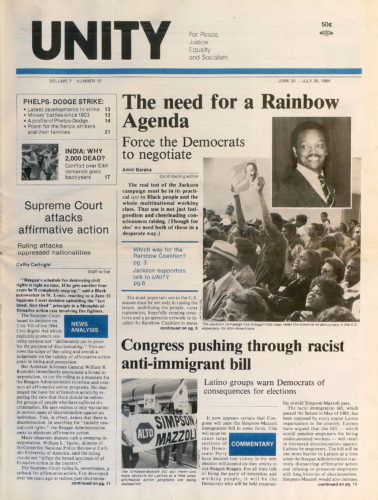 The Need for a Rainbow Agenda

Force the Democrats to negotiate Amiri Baraka Contributing editor The real test of the Jackson campaign must be in its practical use to Black people and the whole multinational working class. That use is not just feel-goodism and cheerleading consciousness raising. (Though for sho’ we need both of those in a desperate way.) The most […]

Amiri Baraka Contributing editor The Third International Book Fair of Radical Black and Third World Books held April 1-8 in London, England, was a very important event in terms of the continuing attempt to build an international activist consciousness around a “radical black and third world” agenda. The leading force behind the book fair and indeed in consolidating this […]