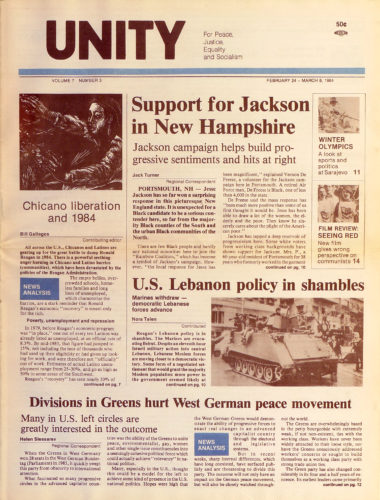 A program for Chicano liberation

The League of Revolutionary Struggle (Marxist-Leninist) is a multinational communist organiza­tion which upholds and fights for the right of self-determination for the Chicano Nation as a key component of its program for Chicano liberation. The League puts forward its program to help advance the struggle for Chicano liberation ,to build unity between the struggle of the […]

Bill Gallegos, Contributing editor All across the U.S., Chicanos and Latinos are gearing up for the great battle to dump Ronald Reagan in 1984. There is a powerful seething anger burning in Chicano and Latino barrios, which have been devastated by the policies of the Reagan Administration. The empty bellies, over­crowded schools, homeless families and long lines of unemployed which characterize the barrios are a stark reminder that Ronald Reagan’s […]