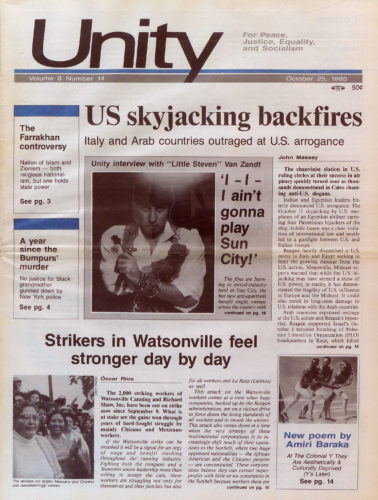 A year since the Bumpurs’ murder

“The law doesn’t stand for us . . . All I want is some justice, and I’m in this battle till the very end. We have to keep it going so people don’t forget, because just like it was my mother, it could have been someone else’s mother.” —Mary Bumpurs Modibo BRONX, N Y—This October […]

Strikers in Watsonville feel stronger day by day By Oscar Rios The 2,000 striking workers of Watsonville Canning and Richard Shaw, Inc. have been out on strike now since September 9. What is at stake are the gains won through years of hard-fought struggle by mainly Chicano and Mexicano workers. If the Watsonville strike can […]