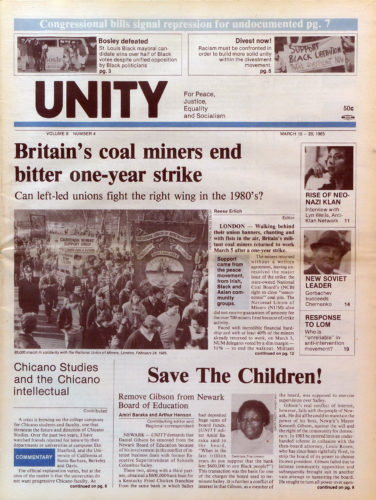 Remove Gibson from Newark Board of Education

Save The Children! COMMENTARY Amiri Baraka and Arthur Henson Contributing editor and Regional correspondent NEWARK — UNITY demands that Daniel Gibson be removed from the Newark Board of Education because of his involvement in the conflict of interest business deals with former Executive Superintendent of Schools Columbus Salley. These two, along with a third partner, obtained a $600,000 bank loan […]

Chicano Studies and the Chicano intellectual

COMMENTARY Contributed A crisis is brewing on the college campuses for Chicano students and faculty, one that threatens the future and direction of Chicano Studies. Over the past two years, I have watched friends rejected for tenure by their departments or universities at campuses like Stanford, and the Uni­versity of California at Santa Barbara, Berkeley and […]