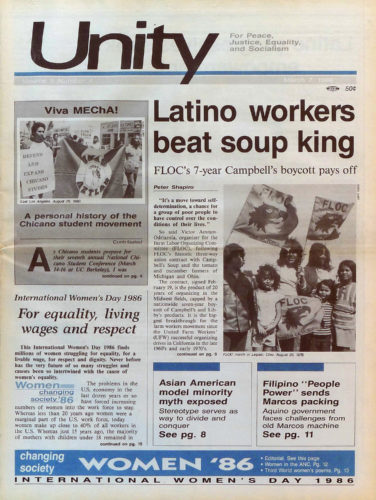 FLOC’s 7-year Campbell’s boycott pays off By Peter Shapiro – “It’s a move toward self-determination, a chance for a group of poor people to have control over the conditions of their lives.” So said Victor Amram-Odriazola, organizer for the Farm Labor Organizing Committee (FLOC), following FLOC’s historic three-way union contract with Campbell’s Soup and the […]