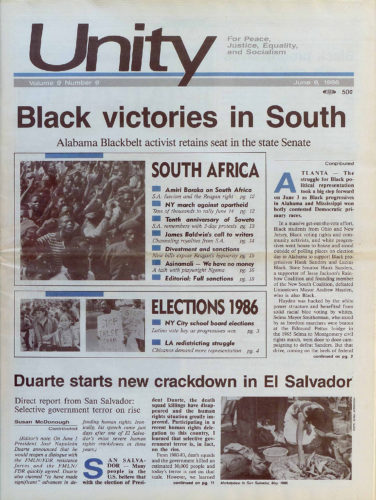 Amiri Baraka The recent criminal attacks by the South African fascists on the African “frontline states” of Zimbabwe, Zambia, Botswana, Angola, Tanzania, Mozambique not only indicate the desperation of the white supremacist regime, flouting international opinion in an arrogant Nazi-like fashion. The fact that this raid uses Reagan’s Hitler-like attacks on Libya as a justification, […]