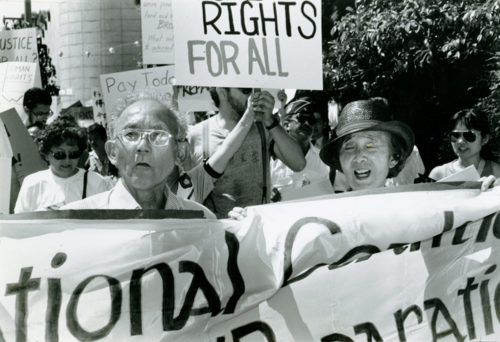 “1,000 Japanese Americans & supporters marching in LA Little Tokyo denouncing failure of Federal government to allocate funds for redress. Sponsored by the National Coalition for Redress & Reparations on the 1st anniversary of  Reagan’s signing of the R & R bill – to date, no $ appropriated.”