From inside the peoples’ struggles

Welcome to the Unity/La Unidad Newspaper Archive.  Unity/La Unidad was published from 1978 to 1990 by the League of Revolutionary Struggle (M-L). Published twice a month, it appeared in three languages: English, Spanish and Chinese.  Unity/La Unidad offered a radical perspective on national and international news along with first-hand reports from the frontlines of battles for self-determination, worker’s rights, women’s liberation, and social justice.  As you scroll through the featured topics section, you can see the variety of regional coverage, topical diversity, and direct commentary on the burning issues of the day by those who were engaged in the struggles.  Whether it was reportage from the picket lines of striking workers, news of the African American nation and Chicano nation on the move, or the student marches for educational rights, Unity/La Unidad was there to spread the news and draw lessons for the future.

We are especially proud of our cultural coverage, which showcased the work of progressive artists, reviews of cutting edge African American and Asian American jazz, graphics and illustrations by activist artists, and poetry by Chicano youth, immigrant workers, and women.  Unity/La Unidad cultural pages are highlighted in its own section on this website.

After the LRS dissolved in fall 1990, the Unity Organizing Committee was established and continued to publish the newspaper from 1990 to 1992.  The newspaper transformed into Unity/La Unidad Magazine, and two issues were published in 1993-1994. 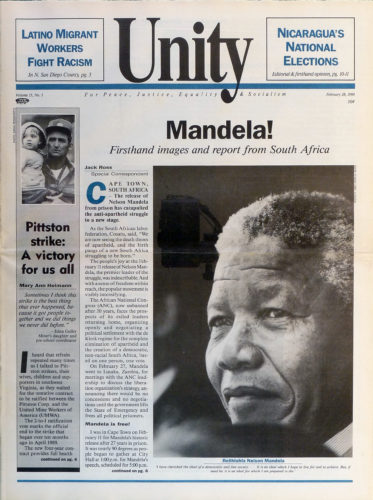 This website also features articles and artwork from The Black Nation, East Wind, Forward, and pamphlets published by Getting Together Publications, the LRS’ publishing arm.

A volunteer, ad hoc committee of former writers, editors, photographers, and illustrators of Unity/La Unidad have produced this website.  We hope that these articles will help today’s activists and scholars appreciate the unbroken chain of resistance that marks the people’s movement.  The 1980s and early 1990s were periods of rightwing reaction and the voices of people in struggle were suppressed. Unity/La Unidad provided a strong, militant opposition to the backwardness and degradation of the capitalist system.  Though the times and conditions have changed, the people’s movements continue to rise up and demand justice, equality, and peace.  In this spirit, we present to you highlights from the Unity/La Unidad archives. 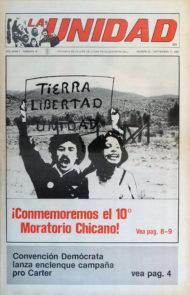 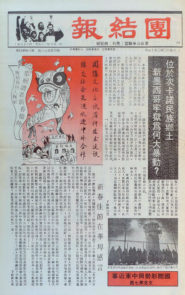